ISOLATION – it’s a word we’re hearing a LOT at the moment, and we know the reasons why we must adhere to it. But the spread of Coronavirus (COVID-19) has made it harder for people to keep their social connections going as they normally would. 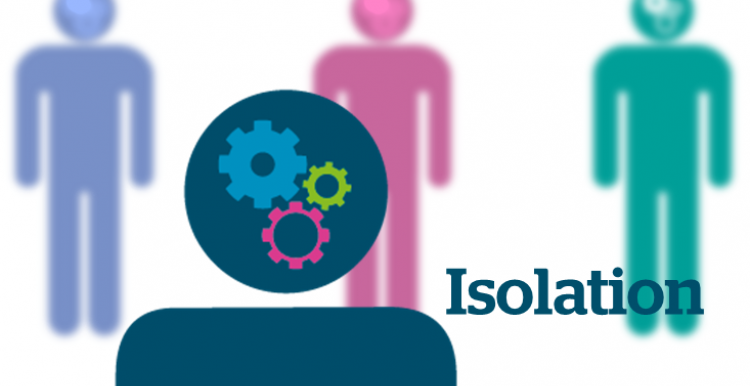 Unlike people with families, partners or housemates, people living alone in the lockdown are forced into an indefinite period of no physical contact and limited (if any) face-to-face interaction.

And that is why it’s especially important we stay in touch with people who are on their own.

According to a recent YouGov survey one in five people state that they are living alone in the current lockdown. And whilst we are all worried about people’s physical health in this very difficult time, we need to pay attention to their mental health too. For people on their own, it is a very lonely time. Yes, new technology can keep us connected to people, but it is not a substitute for the feeling of communicating in person…

I say this as someone who is in their early fifties and does not have a partner, children, or family connections - something of a ‘hidden group’. But because of my age I am supposed to be independent and self-reliant. People expect you to be able to cope. They don't think that you might be feeling lonely, or low. As testament to this, in doing the research for this article, it was a struggle to easily find information for coping with living alone in this isolating time.

Add to all this the fact that the COVID-19 crisis has thrown up many challenges to people’s circumstances with regard to health, employment, home, and access to resources - and we are looking at probable increases in depression, exacerbated for those who are already living with the condition. The Campaign to End loneliness points out that research indicates isolation can have big effects on both mental and physical health: https://www.campaigntoendloneliness.org/threat-to-health/

Many people on their own will worry that if they become unwell in lockdown they have no-one to look out for them or support them...

So, what can be done to help those on their own?

How to find help for yourself

This crisis has highlighted how important connection is in our lives, and how tough it can be when that’s missing. It is a reminder that for too many people their lives are often like this.

Once this is all over, my hope is that this newly found social conscience is not forgotten, and that we focus on continuing to build community spirit to support one another.

We want to understand the impact of coronavirus on Hillingdon residents so we can make sure we are giving the best possible advice and guidance - How are you coping with the coronavirus crisis?  Tell us here

You can also contact Healthwatch Hillingdon from 9.00am to 5.00pm Monday to Friday if you need any advice and guidance:

Or you can use the form on the Contact us page.